Some of my worst experiences when traveling!

Traveling can be fun and exciting 🎉, especially if you are planning a great trip to a destination you always wanted to visit! But the actual act of traveling from or back to your home can be super stressful too! I have been traveling for years now and had so many misadventures! So, for your entertainment, here are my worst experiences when traveling! 😲🤣

My flight was overbooked.

All airlines overbook their flights since there is always one or two passengers that can’t make it for some reasons. I think low cost airlines overbook ever more than any other airlines due to their low prices. I experienced this on my flight from London Gatwick🇬🇧 to Catania Sicily 🇮🇹 with EasyJet. How? I did not checkin enough in advance (but still in time) and only thought of doing it the night before my flight! It was then impossible for me to do so due to a ‘system error’. It was only when I reached the airport I found out that the aircraft was full and I had to stay in London! After 5 hours queuing, I got a hotel voucher and a new ticket for the next flight to Sicily which was the following morning! I also got a nice money compensation but my holiday got reduced and EasyJet lost a frequent traveler! 🤬

Denied boarding at the gate!

I was denied boarding when flying from London Gatwick 🇬🇧 to Dubai 🇦🇪 with Emirates. It was mid-term holidays in the UK and there was not enough seats available on their B777 to fit all passengers. The hostess asked if I could wait another 4 hours and take the next flight to Dubai (on an A380). My final destination was Bangkok and they arranged to make sure that my arrival in Thailand was not too much delayed from the original arrival time. In compensation, they gave me a free return ticket to Bangkok to be used within a year and took me to their lounge to wait for my second flight. Obviously I could not say no to that! I am now a frequent traveler on their loyalty program. I sure love Emirates! 😍

Sick at Changi airport in Singapore.

I had decided that for my last night in Singapore 🇸🇬 I would have some street food somewhere around Chinatown. Yes, bad idea because the following morning, I woke up with stomach pain. I did not think that the worse was yet to come! I will spare you the details but I could not stay for more than 5 minutes far from toilets! 🤢 So, how could I survive take off and an 8 hour flight back to Europe?? Luckily, there is always a pharmacy in all airports and the one at Changi saved my life! They gave me a great (and disgusting) remedy and I managed to board the plane and sleep through the flight without any problem. Phew! 😰

You never know when you’ll catch the flu or a bacteria that can make your days and nights a living hell. I experienced this both in Cancún, Mexico 🇲🇽 and Bangkok, Thailand 🇹🇭. I caught something that gave me such a high fever and shivers that I thought my last moments on earth had arrived 🤒. Since I was staying in hotels, the Reception called a doctor that came within minutes. I am not sure what I had but they gave me injections with some medication and 2 days later I was better. It was very important to have an international travel insurance in this case! Mexico medical bill was around $500 and Thailand was as expensive! 😳

I once was extremely late for my flight.

That day, I was traveling from Luxembourg 🇱🇺 to Edinburgh via London 🇬🇧 with British Airways. My brother had dropped me at the airport and I was 2 hours early before take off! Well, that’s what I thought! I gave my passport at the counter with a huge smile on my face and the man answered ‘but you are 24 hours late! You flight was yesterday!’ Needless to say that my smile disappeared in a millisecond 😱. But BA has been very helpful and for an additional €50, they put me on the next flight and I was able to reach Edinburgh eventually! 🤓

Endless number of times my luggage was delayed but never lost!

I think the longest time I had to wait for my suitcase to be retrieved is 7 days and that was when I travelled from Paris 🇫🇷to Tangier in Morocco 🇲🇦. The strangest bit is that it was a direct flight but for some reason, my suitcase was not at the arrival. The process is that you go to luggage claim and fill in a form to report the delayed luggage. I did that with Royal Air Maroc and they gave me a phone number to call on a daily basis to see if my suitcase finally arrived. Of course I did that everyday and for 7 days in a row until it was finally found! I had to come and pick it up at the airport but I was very pleased to have my clothes back! I was wearing my sister’s and let’s say that we have opposite styles! 🙄

4 hours early for checkin but the gate closed anyway!

I was flying back from Valencia Spain🇪🇸 to Paris, France 🇫🇷 after a 2 week road trip. I was traveling with a friend and we were queuing at the counter announcing our Paris flight. There was loads of people in the airport and we were waiting a very long time to drop our luggage. Anyway, we were the next to checkin when we overheard the couple in front of us saying that the Paris flight was now closed. Iberia was not helpful or supportive (apart from asking us to pay €500 to be put on the next flight). There was no announcement made at the airport and we were told it was our fault that we were late! We ended up taking a bus 🚌 from Valencia to Paris and 24 hours later, we reached our destination. Never again Iberia!

I was traveling by bus from Johor Baru in Malaysia 🇲🇾 to Singapore 🇸🇬  when customs officers in Singapore scanned my bag and found 2 packs of cigarettes in it (I no longer smoke!). They asked to give my passport and follow an officer. I was wondering what was happening when 15 minutes later, they took me to another office where a more senior officer who had those 2 packs of cigarettes on his desk. What was the problem? Well, I did not declare the closed pack of cigarettes (the other one was open) and  they thought I wanted to sell it in the streets! Obviously, it was not the case. So, either I pay a very high amount of money to keep the cigarettes or he would destroy them now. What happened? He cut the pack in half and I left customs with a warning! Always declare what you bring in a country!! 😒

This happened to me a LOT and it will eventually happen to you too! Even though I ran through huge airports like Paris Charles de Gaulle, Frankfurt or Rome Fiumicino, the gate closed when I could reach it. But do not despair, especially if your previous flight was delayed 🛫 (and therefore this was not your fault), airlines will book you on the next available flight and find you a hotel for the night if needed. It is annoying obviously but these things happen! Also, don’t get angry with the crew, they will do as much as possible to help you. 😉

Cash stolen in a supermarket in France!

I was spending the weekend in France 🇫🇷 to visit relatives and we went to the supermarket for some food shopping. Sadly, I did not close my bag correctly and a pickpocket made its way and took my purse with all my cash in it 💷💷! Nothing could be done since this person was long time gone by the time I realised I lost all my money! Luckily my travel insurance company advised me to do a Police report and send it to them with a claim form. It took me a couple of hours at the police station and another 2 weeks for the claim to be processed but most of the cash was returned to me thanks to the insurance. I never travel without one since that day! 💸💸

Well, as you can see, I had some interesting travel experiences and that does not stop me to travel! ✈️Also, sometimes good things happen too, like being upgraded to business when traveling from Dakar Senegal 🇸🇳 to Lisbon Portugal🇵🇹 with TAP! But that’s another story. Do you have any stories to share? Let me know in the comments section below! For now, I will only say this, keep calm and go on traveling! 😉

Perfect itinerary to visit Northern Italy (With No Car)

We are sharing our BEST travel APPS!

I went to Perth in Western Australia and I tell you why.

I didn’t plan my Guernsey trip and it went FINE!

Rainy days in Wellington 🇳🇿 – still some stuff to be done!!!

I never EVER thought… 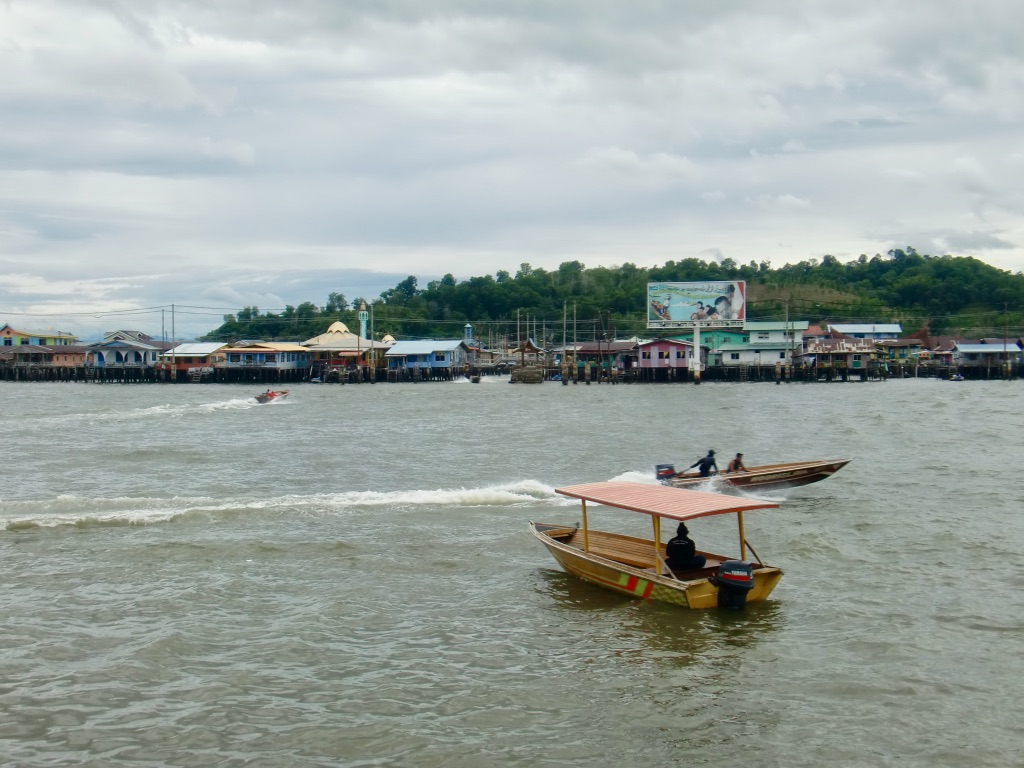 I never EVER thought of going to Brunei Darussalam!

6 Reasons to travel to…