Ah ça faisait longtemps que je voulais aller à Montréal!! Oops 😬 now this is exactly what is happening to me!! I don’t know whether to speak French 🇫🇷 or English 🇬🇧!!! I mean this is generally the case when being a French born and loving speaking English this much (yes I mean that). But being in beautiful Canada 🇨🇦 and hearing and reading French everywhere is strange to me. So let me start again 🤭… Ah it has been ages that I wanted to come to Montreal!!! I’m really happy to have visited one of the most famous city of Quebec region! After spending a few days in Montreal I will tell you ALL about what I’ve seen, done and eat! 😉

Get There And Around The City

Since I was in Ottawa for a couple of days (have you read our Ottawa post? 😉 ), I chose the most economic way to reach Montreal and used the bus over train (just a few dollars saved anyway…). A one way ticket with Greyhound cost CAD37 (€24/£21/$29) and the journey was 2.5 hours, so easily done! 😁 Montreal has also an International Airport (Trudeau) with lots of connecting flights within Canada, US and Europe!
Local bus or metro are very efficient in the city. It will cost you CAD 3.25 (€2.1/£1.9/$2.5) each way and you should get the right amount (no change back!) but also keep the proof of payment with you. This ticket will be valid for 2 hours so hold on to it if you want to change bus/metro (and yes they are valid on both!). The transfer or in French “correspondance” is only valid for one stop unless you purchased a specific ticket that says otherwise! Feel free to check the official website for more information. A 3 day pass costs CAD18 (€12/£10/$14) and gives unlimited travel on metro and bus and that’s what I used too! 😁

Good to know: if you buy your pass at a counter, check if they are not cash only but don’t worry there are ATMs in a lot of subway stations (that I have seen though)!

I always think that seeing a city from above, I understand it better and know where I am too. So my first visit is Mont Royal for a view on the city at the Saint Joseph Oratory. It is free to enter but please be quiet since it is a functioning church. If you want to skip the steps (they are si many!), there is a lift that takes you to the top. It does offer a great view on the city, don’t you think? 😍
Plateau Mont Royal is one of the neighborhoods of Montreal and where Mile End is. This particular area is full of brick squared buildings. Loads of textile companies here were employing thousands of people back in the days. Since the 90s, that’s no longer the case. It has now become the hipster aerea where loads of tech companies (and gaming especially) are! 😲 That’s also where you’ll have the best bagels in town! (More on this later) 😋

Old Montreal is the oldest part of the city and there is plenty to do and see in this area!

Walk down Jaques-Cartier Square, take a look at Bonsecours Market and stroll at the Old Port (all walking distance). You’ll see the big ferry wheels from Bonsecours Market already. The Old Port quite original since this pedestrian only area has a lot of little artisan shops in old containers! 😲 Why not buy souvenirs there? Or get on the ferris wheel for a nice spin! Ticket is CAD28 (€18/£16/$22) but this is the biggest wheel in North America (60 meters high!) and keeps working during winter time as well ❄! Great views from up there! Or if you’re seeking adrenaline and fun, you’ll find a zip line, a little fun park for kiddos and so much more to do, eat or drink on the Old Port! 😉

Do you like Basilicas and Celine Dion? (Interesting combination I know 🤣). On Place D’Armes,  you can visit Notre Dame Basilica where Celine Dion got married for CAD5 (€3.30/£2.90/$3.9). I just enjoyed the outside… but any Dionners should go right? (totally came up with this name 😂)

Take a Market tour At Jean-Talon or Atwater markets. Or just go to one of them but the best one that locals go to is Jean-Talon. Right close to Little Italy 🇮🇹! This market is huge! Lots of food spots inside but outside as well. You have everything you need there! And if you want maple syrup 🍁 this is where you have to go to get some! Get it in the cans, that’s how local do too! 😉 Dark one is for cooking and comes later in the season where the light one is from the early days (spring time)! 😋

Good to know: Opened everyday and from 7am! You’ll find cash machine inside the market if needed.

Montréal Museum of Fine Arts. This one caught my eye just by its outside look. There are loads of sculptures nearby and some are really incredible. I personally enjoyed the totem!

Good to know: Check the opening/closing times on their website! But Wednesday evenings from 5pmthe price is halted down to CAD11.50 (€8/£7/$9).

Montreal is always full of events and festivals. Especially when spring starts, there is always something going on in the city! Make sure to check out what’s going on when you’re there! Here is the link to the official Montreal Calendar events.

Good to know: There is an underground city of 32km beneath Montreal!! 😲 Great if weather is really bad or too cold! ❄❄❄❄

Bagel. There is a rivalry between New York Bagel and Montreal one. St-Viateur makes them fresh and in front of you and is known in the city to be the best! 😋 They are opened everyday and 24hours! Another great place to enjoy bagels is Fairmount! And they are delicious too!! 🤤

Go on a food tour if you can!

I chose  Mile End Montreal Food Tour for CAD 90 (€58/£52/$70) and they do vegetarians too!! 🌱 Woohoo! 😁 I had to skip 1 stop but instead of meat I had more cheese, so that’s not too bad! 😉 This tour made me walk for about 2km within the Mile End area. It started at 11.30am and finished at 2.30pm and you don’t see time passing! Was it worth the money? 🤔 Yes! ☺ You get great information on the food but also the city! Even though you won’t eat as much as you think you would, it is still a really good experience!😃
Thanks to the tour, I discovered La Panthère Verte which made me regret straight away to leave Montreal! 😔 They have 3 restaurants in town. Vegan and green oriented restaurant, this place do not like waste, they have simple but extremely tasty ingredients (those falafels are heavenly good 😋) and recycling is their motto too! 😉 You won’t find plastic there (which is so good), everything is recycled or will end up in the compost. Serisouly this place needs to be everywhere in the world to make people change their habits. Go go go if you are in town!! 😍
If you like beers 🍺 , you’ll be served! 160 micro breweries in Quebec region. So why not taking a microbrewery tour! Get knowledge about the city and drink at the same time! But don’t do like me, book in advance! At least a week if not more. For some reasons those tours are really popular and sold out quickly! 😜 🍻

Good to know: A convenient store is called “dépanneur” which means in french a person that will fix something broken.

Poutine is a dish from Quebec region. I found it in Toronto and Ottawa (links to our posts are highlighted 😉) but saved this experience to Montreal so I can get the real thing! Great thing to have with a beer or after drinking some 😆 What is Poutine??? Nothing Russian presidential (🤭😂🤣 get it?) it is chips, fresh cheese curds, and gravy! You can also top it off with other stuff but that’s what it is all about.
Being a vegetarian or vegan is always challenging when traveling but I think there should not be any exceptions for us veggie lovers to get the local dish too! 🙂 So for Poutine I’m going to Poutineville on 1365 Ontario but other good places like Frite Alors! or Patati Patata also have vegetarian options there!
But what did I think of it? It was surprisingly tasty 😋! Just that after a while the chips become very soggy and that’s when I started to sweat since I ordered a large one! Phew 😅 glad I had no lunch that day!! 😉

Good to know: If you are seeking for some Nature, know that Montreal has 17  parks!!  Mont Royal Park  is considered the equivalent of Central Park, Jean Drapeau Park is nature with an amusement park in it😉, but maybe Cap Saint Jacques Nature Park is the best in town, real nature for who wants to see and discover it. There is also a Botanical Garden & Insectarium with entry fee of CAD20.50 per adult (€14/£12/$16).

So what did you think of Montreal 🇨🇦?

Let me know in the comments section below! ⬇

And if you liked it, give it a thumbs up and share it! 🙏

Perfect itinerary to visit Northern Italy (With No Car)

6 Reasons why you should Czech out Prague!

Ottawa, the capital of… 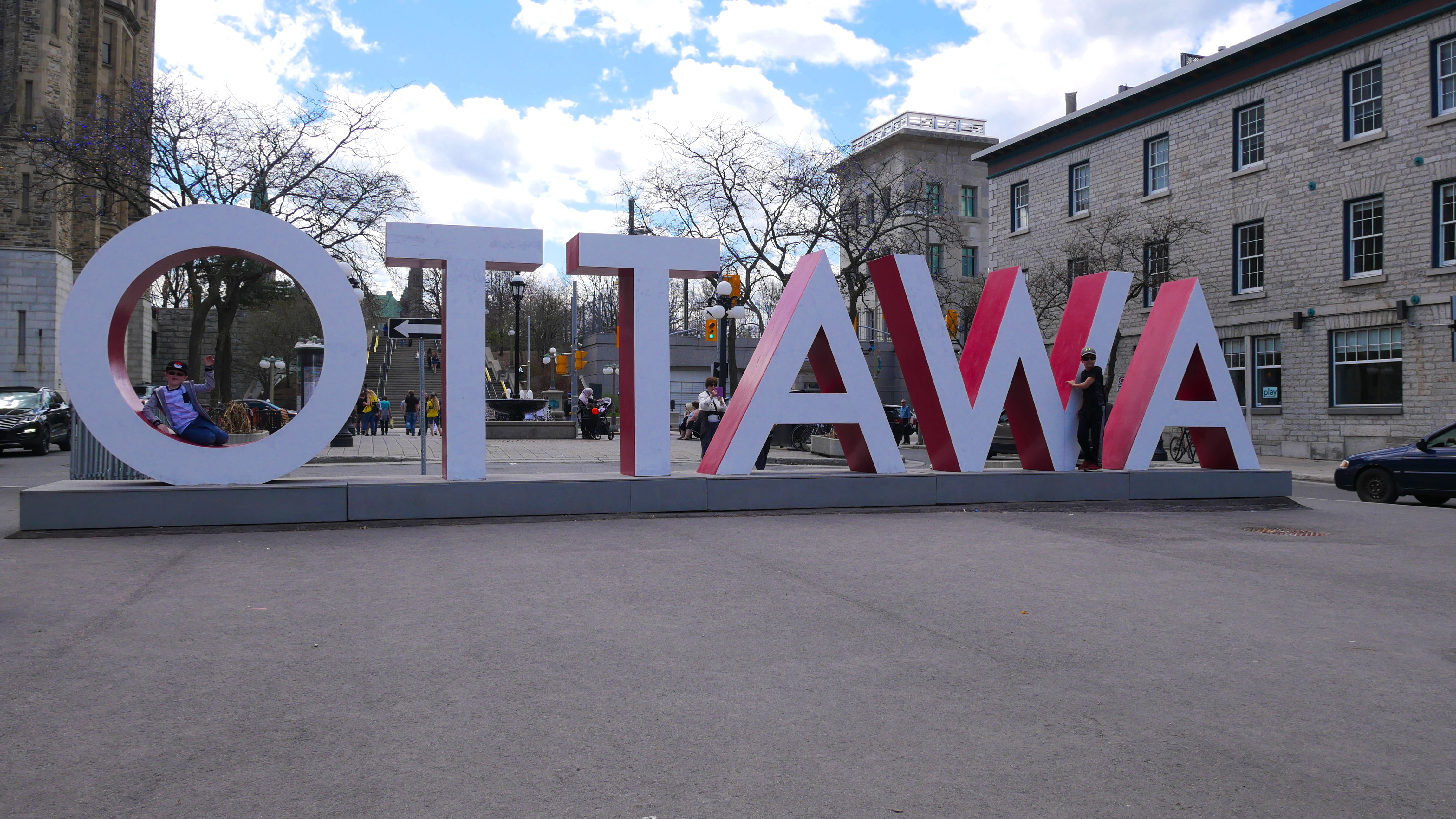 A short trip through Gaspesie… 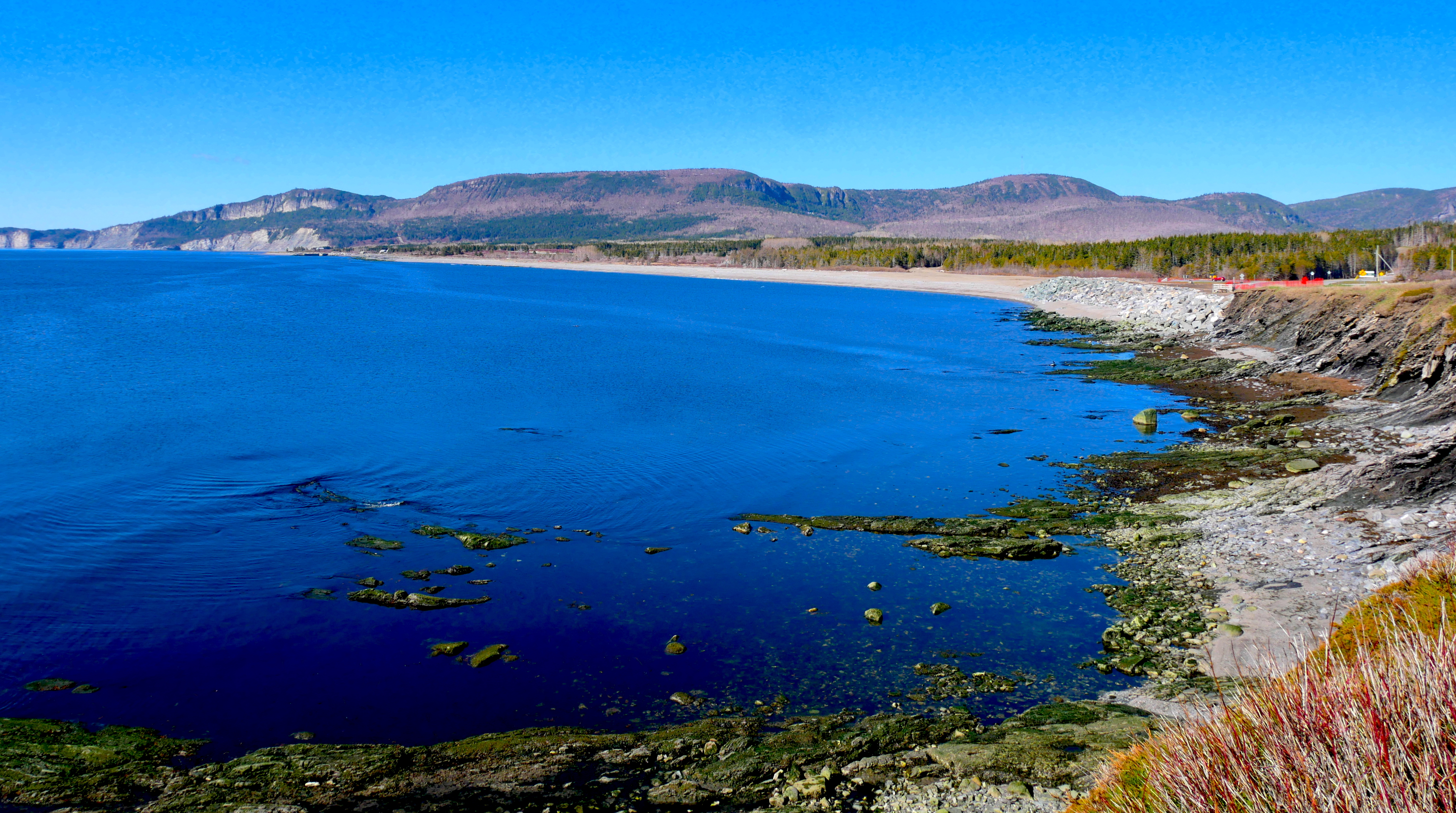