You won’t be bored in Melbourne.

0
0
0
0
There is definitely a change of climate between Perth in Western Australia and Melbourne in the state of Victoria. Well, people do say that Melbourne can have 4 seasons in a day and I believe that! 🌧 ☔ ⛄ ☀ I didn’t know anything about Melbourne, except that it is quite famous and that it is somewhere, down there in Australia 🇦🇺 😂. What did I found out? Well, that’s one big city with almost 5 million inhabitants and I can tell you that it is busy, hectic even, but with a lot of things to do and see! 👀 You won’t be bored in Melbourne that’s for sure! 😀

I can’t believe a big city like Melbourne don’t offer a train from the airport to downtown! There is only a bus or Skybus available! Get your ticket from the counter outside the airport (AUD39/€25/£22/$30 for a return trip) and use the free WiFi on board (if you need it 😉).
To get around the city, you will need a Metro card (called Myki) and it costs  a non-refundable AUD6 (€3.80/£3.40/$4.70) for it. So what can you do with your Myki when you leave Melbourne? You can give it to charity! Post it in one of the donation boxes at Southern Cross Station’s SkyBus terminal or Station Pier. You can also keep it as it is valid for four years! That’s such a great initiative! Well done Melbourne 👏
TIP: Don’t forget to tap on and off when you get on… first day in Melbourne and controllers were on my tram ! 😅
Uber is also very much used in the city. I paid AUD34 (€22/£19/$27) from East Brunswick to the airport – almost as much as Skybus ticket… but it was early Sunday morning. I recommend to check the estimated fare on Uber app and compare the options! 😉
Good to know: There is a free tramway 🚃 zone in central Melbourne (clearly indicated)… This will be useful if you get tired from walking those streets up and down!! ( and you will! 🤣)

There are a few classics that you can’t really miss since you’ll be walking around them. That’s one great thing about Melbourne, it is pretty central! So you won’t be able to miss on Melbourne town hall, the State library of Victoria or even St Paul’s Cathedral.
If you like Greece 🇬🇷 or even Greek food, head to the Greek precinct! Did you know that Melbourne is the city that has the highest number of Greek people after Athens? Crazy right? 😝 Walking along those shops with blue colours make me wish to travel back to Greece (oh maybe I should plan that right? 💭 ).
Also don’t miss Chinatown 🇨🇳  where you’ll find lots of restaurants and during Chinese New Year, there are traditional dances, fireworks and much more – too bad I did not stick around longer to witness it! 😔
You will be passing the Shrine of Rememberance when going to Botanical gardens. I did not enter the place – since my aim was the gardens but the building is quite something. There are exhibitions and go check out the official website if you fancy a visit. Here is the link for you!
The Botanical Gardens were amazing! And you’ll be spending hours wandering in it! That’s what I did ! I just love gardens like these. They are in the middle of the city but you forget completely about it! 👍🏻
Good to know: in summer there are quite a few events such as open air cinema or concerts😉

I have noticed that Melbourne was a great place for shopping!

There are so many shops along Swanston Road – you’ll spend a lot of time in this area. Just don’t end up like zombies…
One of my highlights visiting Melbourne was definitely Queen Victoria market. I went there in the morning and so glad I did! Enjoy a breakfast, brunch or lunch there and then stroll around the hundreds of sellers! From fruit and vegetables, to local products or souvenirs! You’ll find yourself still in the market after a few hours!!

If you do, you really should stop by the National Gallery of Victoria! It is free to enter, opens daily from 9am to 5pm and is full of amazing piece of art! There are 3 levels and it will take you at least 2 hours to go around it but you will not be disappointed! 😉
Another interesting place is the Ian Potter Museum. It is located near the University of Melbourne and you can also walk from the Queen Victoria Market to get there.
Street Art in Brunswick. I was lucky to stay in East Brunswick at a really cool Airbnb (click to get €35 credit on your 1st Airbnb booking 😉) and that’s where I saw a lot of really cool street art! Not only Lygon Street is full of awesome Italian restaurants (that’s actually the Little Italy of Melbourne), it is also full of graffitis!! So cool! 😀
Buskers all around Swanston road really deserve a few minutes (or more) of your time! Some great musicians, performers, painters or simply artists are here to make you smile or just have a good time! They all have a specific permit granted by the council to perform and some will leave you with a smile on your face!!

Getting on a Ferry to Williamstown!!! This is a chilled suburban town that you’ll so happy to get to, especially after facing the busy city of Melbourne. I did feel when crossing a street that I was passing through a sea of people at each traffic light! 🤣  So I relaxed and released all the stress out there! Loads of Cafés, bars and so on by the harbour and a beautiful view over Melbourne too! Leave from Flinders stations and try to stay until sunset!!! 😲  🌅
Good to know #1: Pubs are called hotels in Australia… why is that? 🤔
Good to know #2: Lord of the Fries fast food restaurant is fully vegan!! I mean junk food vegan how cool is that??? 😲 🤣

So, what did you think of that?

Let me know in the comments section below!

Check out the video of this trip!!!

And if you liked it, give it a thumbs up and share it! 🙏

Ever thought of going to Bratislava, Slovakia? Yes, no? We tell you (almost) all about it!

4 days to see the Golden Triangle in India!

Preparing a road trip in New Zealand (Things to know!)

Celebrate the feminine at Cliveden 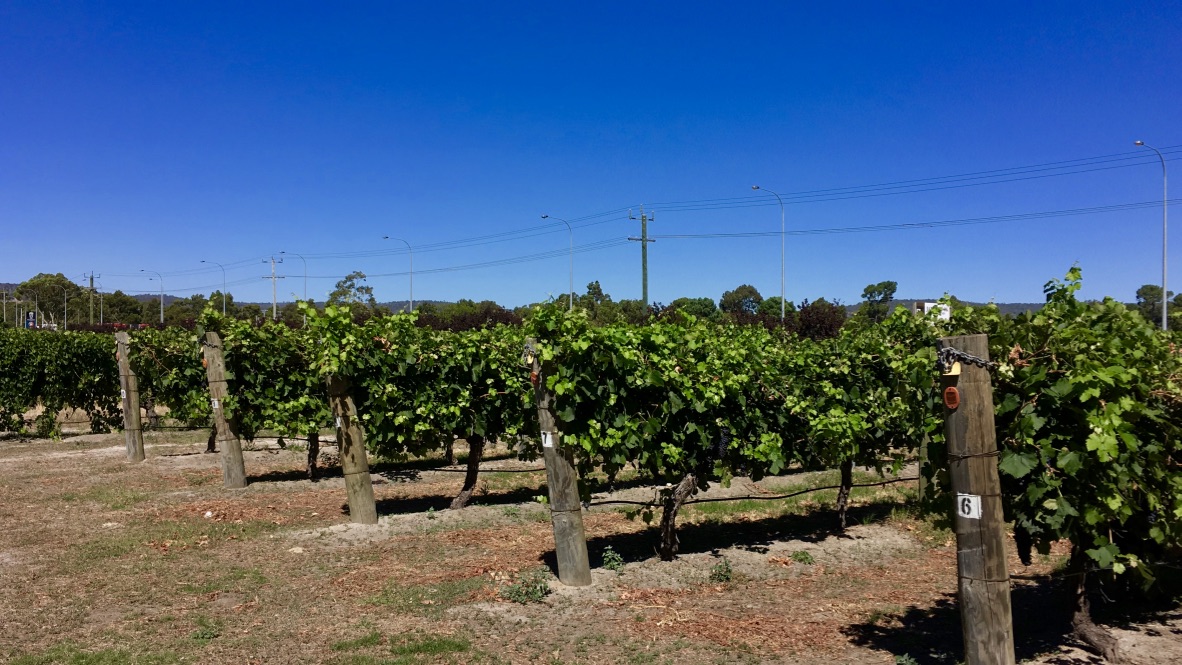 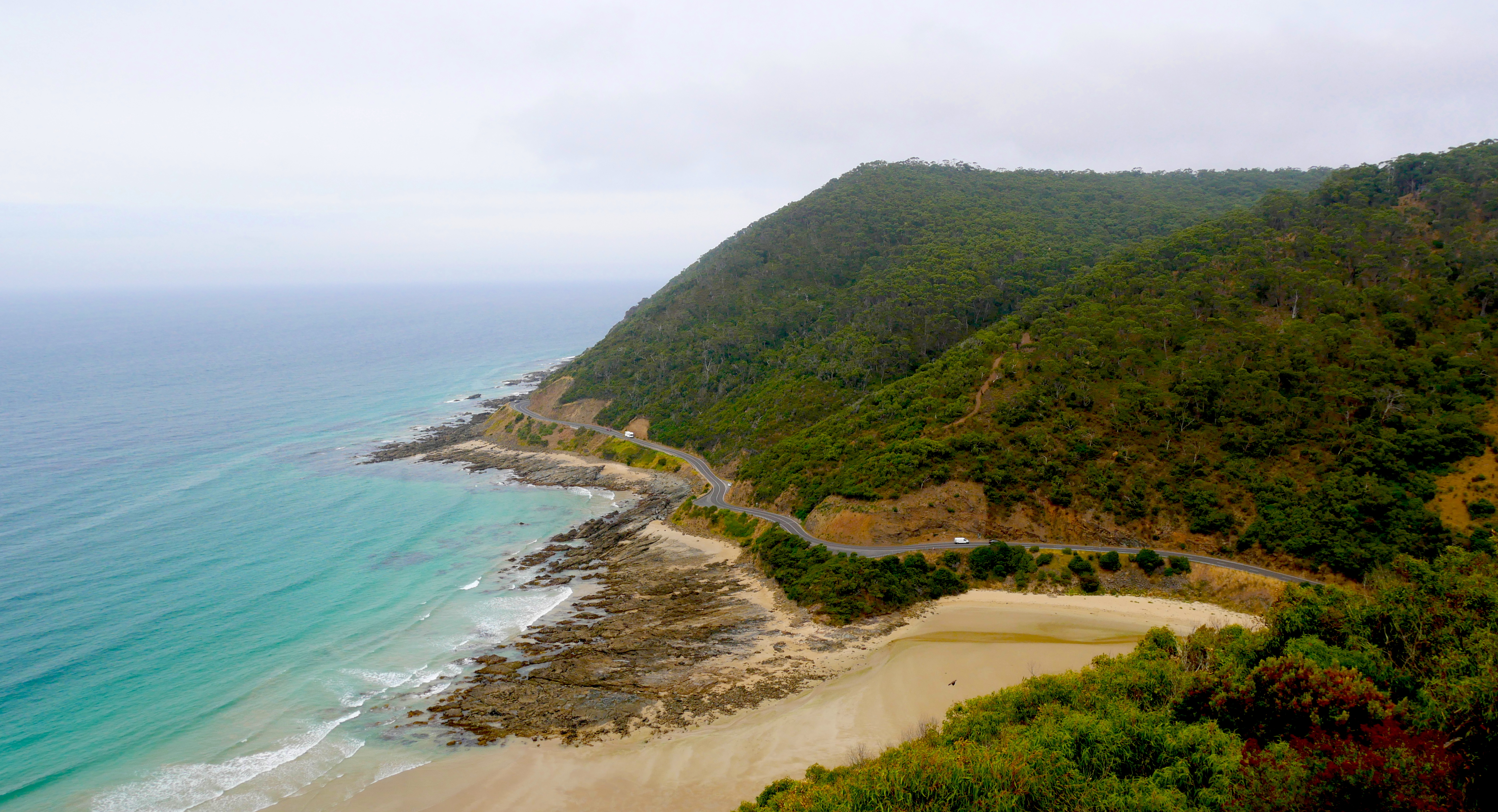