0
0
0
0
Making it to Quebec City (or Montreal) and not doing a road trip through Quebec region would be such a shame! Quebec is one of the best place to explore in Canada and with so many national parks too! For example, Mauricie region, Saint-Jean Lake and Gaspesie region were high on my must-see places list of  Quebec and I chose Gaspesie! 😁 It is quite a big peninsula with so many national parks, cliffs, beautiful beaches that will leave you speechless and want to make you stay here forever! (that’s what happened to me!). So, here are the highlights of this trip I did through Gaspesie in just 5 days! 🚙 💨

I started my trip from Percé since the idea of exploring its Geopark looked amazing! There are a few activities to be done there… and especially when the season is open! 😅 Unfortunately, I went there too early in the season (it was May) and there was still some snow in some areas and plenty of things that I could not do. Don’t despair if you go at the same time, especially hiking! I still managed to have a great time there! 😁
When the Geopark is open, you can purchase a pass (CAD34 /€22/£19/$26) for several activities like Tektonik (kid oriented activity), a zip line in between two platforms (not very long but the view must be amazing from there!) and a see through platform! 😳😳😳
The Geopark and all the walking trails (there are quite a few!) are open all year round and free to explore!! 😉 In winter times, locals put on their snowshoes and go hiking! ❄ Well, I just put on my trainers and started walking towards the top of Mount Sainte-Anne to get the best view over Percé!! What do you think of it? 😳😍
After this, I had a look around Percé which is a lovely small town. There was a lot of construction happening when I was there, they were definitely preparing for the season but also fixing what the sea and wind are destroying!

Check out the VLOG at the Geopark of Percé right here!! ⬇

The main attraction around Percé is the Rocher Percé and Bonaventure island so I went to see both! 😉 First, I went on a cruise to see the pierced rock from real close and disembarked on Bonaventure island for a few hours. I had to pay an additional CAD8.60 on the island by the way (€6/£5/$6.5). What I really liked on the cruise is that they took us all around where we could admire some flying penguins (yes, they exist!), birds and seals chilling on one side of the island.
When on the island, there are 4 trails available and totalling 15km. Enough for you to spend a great day on this car free island! 😉
This is such a Surreal place to visit and awesome at this time of year (reproduction time) since you’ll be able to admire over 50,000 couples of Gannets! That’s the biggest colony in North America and seeing all that much of birds was amazing (and smelly too 😅)!

For this cruise, I used the company called Bateaux Croisieres Julien Cloutier and they offer 2 different type of cruises from Percé. The other one is whale watching, which is a thing that can also be done from Parc Forillon or near Gaspé (1 hour from Percé), which was the next stop! Go check them out in Percé or stop by the Tourist information point for further details.

Check out the VLOG at Bonaventure Island right here!! ⬇

There are quite a few places to explore around Gaspé. This little town itself has a lot of history! The Jacques Cartier Square, with in a middle a huge cross, is a symbol where the explorer Cartier (who discovered Canada) stepped on the continent for the first time!
Next on the list is the National Park Forillon and I really (really) loved this place! It is HUGE, its fauna diversity is amazing but also there are so many animals roaming freely there! I mean I’ve see loads of porcupines, moose, birds, squirrels, and BEARS! Yes, plural!! Mama bears with their babies, which is the best time of the year to observe them! 🐻
There are several hiking trails to be done in the area, from very short to very long. For example, ‘La Chute’ or the Fall is a short 1km but steep walk up until a 17mt high waterfall. I did not do this one, I went to Land’s End from L’Anse aux Amérindiens starting point, this hiking trail is called ‘Les Graves’. It was a beautiful hike of 8km along the St Lawrence Gulf where I got lucky to see 2 bears and other animals just living their life!

Good to know: in Mont Saint Alban there is tower you can climb where you could see up to Rocher Percé which is 100km away! 😳

Finally, stop by Cap-des-Rosiers (I was staying in a very nice Airbnb there by the way), and enjoy the view from the lighthouse!

Check out the VLOG at Forillon Park right here!! ⬇

This is another must do/must visit when in Gaspesie. Created in 1937, Parc National de la Gaspésie has nearly 20 hiking trails around Mount Albert and where you can admire river Sainte-Anne which is loaded with salmons. This Park is also where you can admire the last remaining caribous in Quebec! There are less than 100 species of them left (hunting and natural death causes really endangered this animal) and the hike of Mount Jacques-Cartier (where they stay) is controlled with specific numbers of people departing to see them.
I advise you to go to the tourist information point where you’ll be able to collect the latest map and also gather information on which trail to do, depending on your level of fitness and quality of the path etc. they were super helpful to me and advised me a perfect walk with the amount of time I had.

Last but not least, and closest park from Quebec City, Bic National Park is the home of seals! Why? That’s where seals reproduce and hang out! I was unlucky that day and did not see any but hopefully, the day you’ll go, you’ll see some! 😉
You can enter the Park with your car and park in the designated area. Stop at the main entrance first to pick up your map, ask for advice and also pay the CAD8.60 to enter the Park. I went up to L’Anse à l’orignal and  Baie du Ha! Ha! (cool names I know 😉) and enjoyed a very nice walk (despite the rain!) with loads of birdies and breathtaking views! 😍😍😍

Check out the VLOG at Bic National Park right here!! ⬇

So, what do you think of this trip through Gaspésie?

Let me know in the comments below! ⬇

So, my Jersey Trip went wrong!

I never EVER thought of going to Brunei Darussalam!

How Travel in Vienna… no waltz involved! 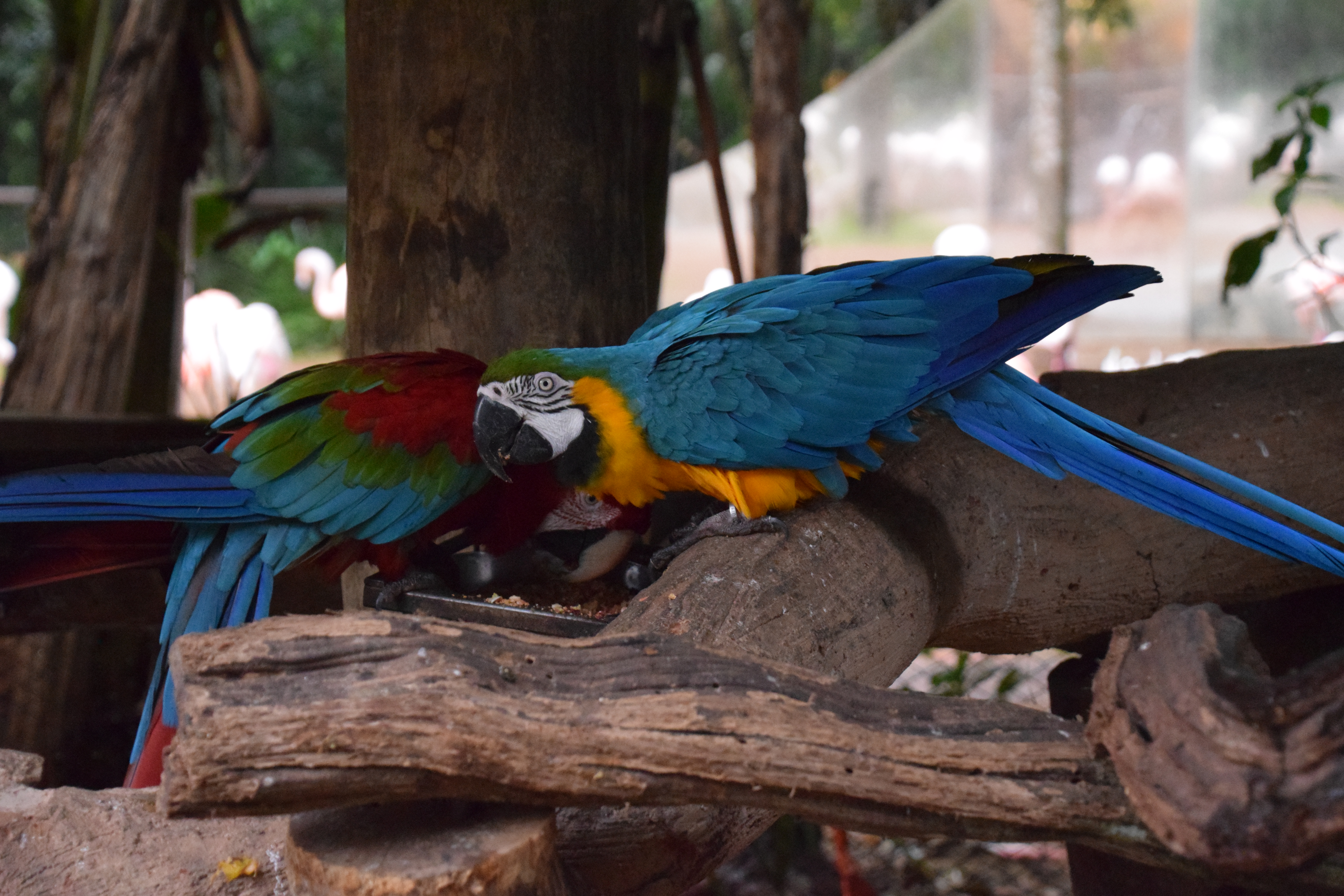